After 7 years of conflict in Syria, the war is no longer confined to the militants, but it has become an issue for elites of intellectuals and leaders who have insisted on staying in their homeland despite all the challenges. Ahmad Fares died by a bullet that not only targeted his life, but also targeted his friends and loved ones and everyone who believed in him as an engineer on the verge of graduation and as a young entrepreneur who employed his thoughts and energy to find solutions for the hundreds of war casualties who became prisoners to their wheelchairs. Ahmad Fares was loved and respected by everyone who worked with him at IECD. We worked with him to help him achieve his dream, a dream that didn’t get a chance to become a reality.
IECD will continue to support hundreds of young people who like Ahmad have strong morals and a sense of social responsibility and we will continue to work towards achieving his dream that we started together, to commemorate his memory in hope of offering condolences to his family and friends and hopefully help them find some peace.
IECD in Syria will work hard in coordination with IECD headquarters in France and in collaboration with UNICEF to keep Ahmed Fares present in our thoughts and deeds by completing his dream project in honor of his memory.”

In my opinion, Ahmad was one of the most ideal beneficiaries. He was passionate, dedicated, respectful with a thirst for life. He appreciated the opportunity that iecd provided him. I can’t express how shocked I was to hear of his untimely death.”

Extremely smart but quiet. This is what comes to mind when I think about Ahmad Fares. He rarely had inquiries in class, but when he did, they were different from his colleagues. His inquiries were deep and practical. In spite of being shy, he was funny and had a good relationship with all his colleagues. He loved to help them with their projects and offered them advice that he would share from his own experience.
You couldn’t ignore Ahmad’s way of thinking and the way he analyzed thoughts and ideas. I believe it was one of the reasons he was so unique. Ahmad was certainly one of the most innovative, young, promising entrepreneurs in Syria. What a great loss for our country”

AHMAD died by a bullet in Damascus on February 2018

Ahmad Fares was one of BRIDGES program beneficiaries.

Sometimes those unfinished are among the most poignant

Sometimes those unfinished are among the most beautiful

And when something has enriched your life
And when it’s melody lingers on in your heart
Is it unfinished? Or is it endless? 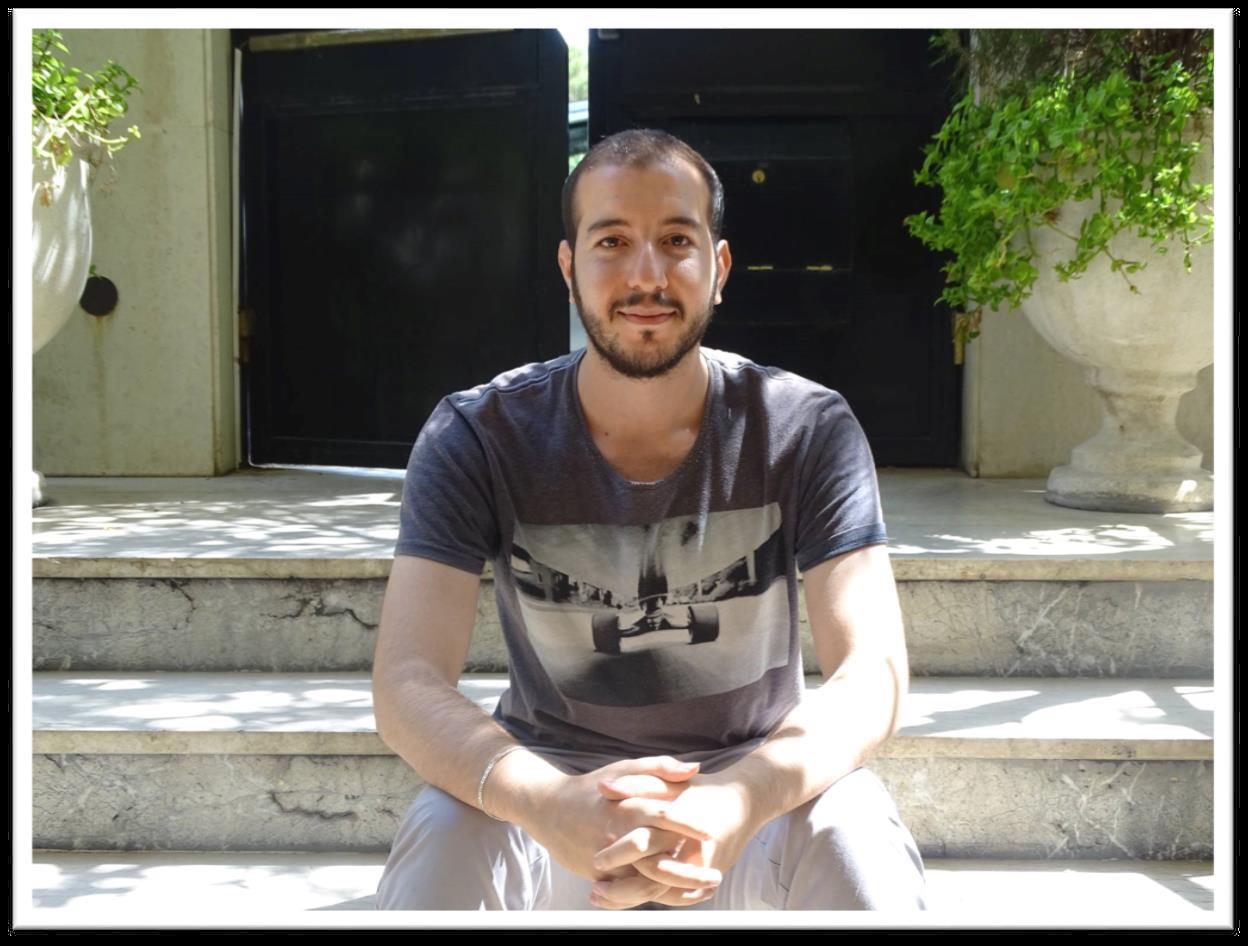 Born and raised in Homs. The youngest of 4 children, Ahmad never imagined he would study engineering, yet he was a fourth year Mechanical Design Engineering Student when he participated in iecd’s BRIDGES program for entrepreneurship training and seed funding. Ahmad’s family moved to Damascus at the beginning of the Syrian crisis where Ahmad says his talent and innovation came to life as his personality changed from a shy introvert young man to an outgoing exploring enthusiast. He started writing poetry which he had never done before. He widened his horizons as he became a more sociable person in Damascus and he met people from various backgrounds and cultures. He worked as a sales representative for a while, and exceled at it. Ahmad started thinking how he could help the Syrian people in this horrible crisis, how he could leave an impact and serve the community. Ahmad alongside 2 of his friends decided to design an advanced wheelchair that can go up and down a staircase without the assistance of other people, a wheelchair that its user can manage on their own.

After Ahmad received the seed funding from the BRIDGES program. His team started working on the prototype and they expected their prototype to be ready in October 2017.
Ahmad said that presenting his idea in front of the seed funding committee was an exceptional event in his life. It was the first time that he had prepared and given a presentation in his life.

I wouldn’t have even imagined inventing something so amazing and so useful if there wasn’t an immense need for it in our society. Far too many people became disabled in this war. Far too many people are in need of assistance. I want to make their lives easier.’ Ahmad said as he reflected on his innovative journey.
Upon finishing the prototype, Ahmad planned on contacting Meyra company, a German company that is a pioneer in the field of manufacturing chairs. 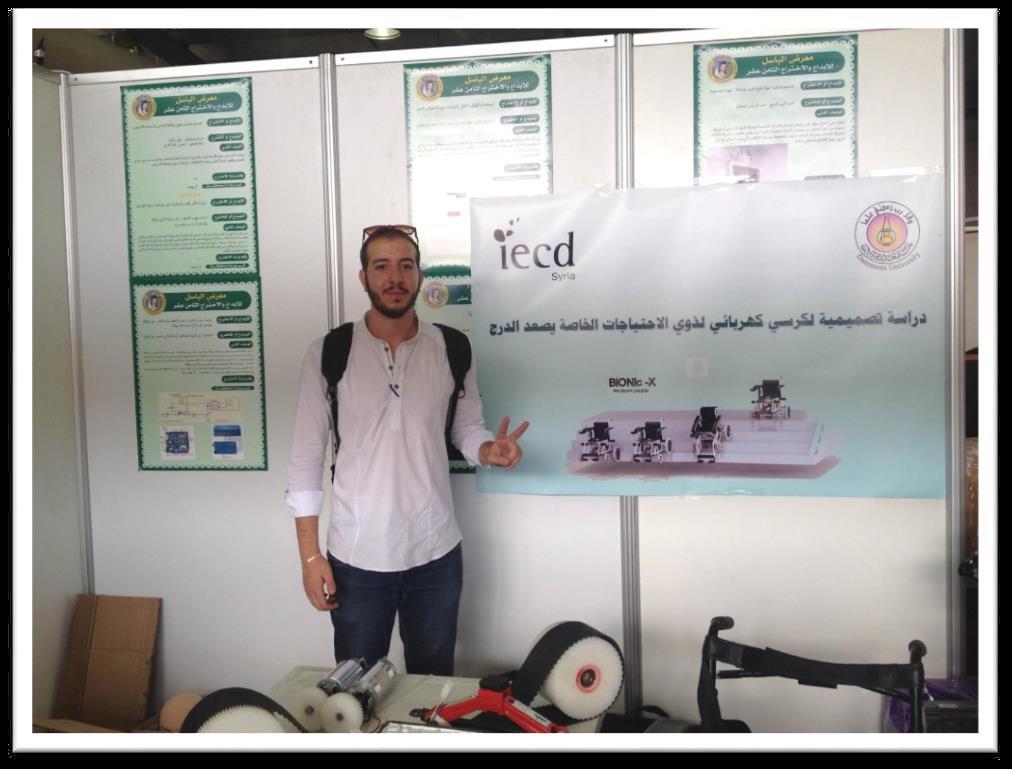 Ahmad’s experience as a guest member in the seed funding committee written in his own words.

Since I had both the experience of being a trainee in the BRIDGES program and as a member of the seed funding committee for the day, it was a great opportunity to see both sides of ; the training, its activities with its obstacles, and being in the seed funding committee with its responsibility and wisdom. All in all, it was a positive experience that widen my horizons. It made me implement the ‘Do No Harm’ principle even more when making a decision about ideas that were presented in front me. Before ruling them out, I started thinking about whether the projects met their SMART objectives or not. I also learned that there are a lot of important details that we overlook when presenting our ideas in front of the seed funding committee. Even though these details might tip the balance scale in our favor.

Overall, I got a lot of benefit from this experience and I felt how important it is for a committee member to have experience and knowledge in order for him to make the right decision.” 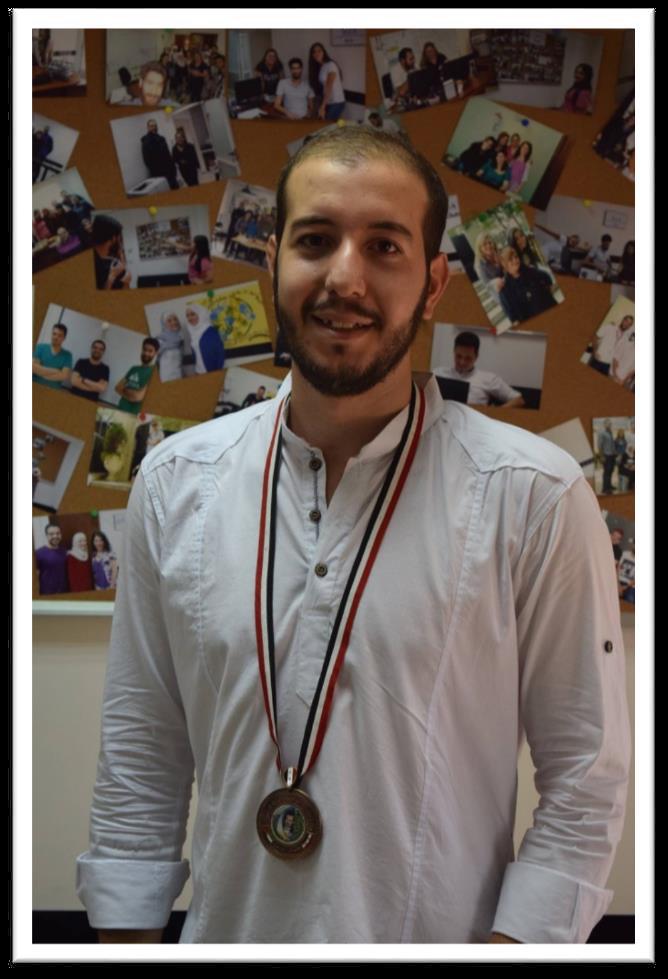 I met Ahmad officially twice.
First, when he pitched his project to the seed funding committee and succeeded in convincing us with his idea.
Second, when I was proud to see him sitting next to me as a member of the seed funding committee where we judged together the new projects of the new young entrepreneurs.
He was such a decent and inspiring young man, one of the most innovative young entrepreneurs that we had the honor of meeting in the BRIDGES program.
As part of UNICEF Syria Country Office team, we are deeply saddened by the news of his death. We hope that his dream will be accomplished by his peers.
Ahmad as well as all his peers’ young entrepreneurs have the same passion to help the Syrian society.”

Ahmad was a distinguished young man like no other. He was extraordinary in his passion and energy that was evident to all those who knew him and had the honor of working with him from our iecd team in Syria. No one ever doubted Ahmad’s passion, dreams, high standards, or good manners. On the contrary, everyone who knew him believed in him and in his dreams. He combined knowledge with a strong sense of morals, that’s why he was the ideal young entrepreneur in my opinion. When Ahmad was granted seed funding for his innovative wheelchair he used to come to my office to discuss his implementation plans he would fill the office with positive energy, with energy of hope and passion and a great sense of accomplishment. Ahmad’s intelligence and modesty was so evident in all he did. He was a young man pursuing his dream, a dream that was born during a treacherous war and a dream that was ended by this war.”

As we struggle to make sense of this tragedy of a young, promising life cut short, my heart goes out to Ahmad’s family, close friends and to all the Syrians who have been suffering in this horrific war for the last 7 years because of what they had to live through and what they have to live with.
I feel privileged to have witnessed Ahmad’s journey in iecd’s BRIDGES program for entrepreneurship from start to finish. As a beneficiary in training, as a trainee who was granted seed funding for his business project, and as a young entrepreneur passionate about making his dream come true and helping the less fortunate in his community. It is so difficult to put into words what Ahmad’s life was about and what he meant to his family, friends and all who knew him at iecd. He was a busy young man, larger than life and welcomed by life, on the verge of graduation from the Engineering University. He was a philanthropist who was involved in a number of charity work and volunteering work. I know his memory will live on in the hearts of all who knew him. I hope his soul will find peace in the completion of his invention.”