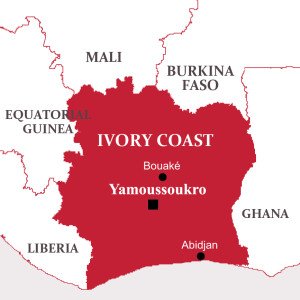 For 20 years, the IECD and its partner the PEFACI, has brought relevant solutions to the needs of young people in rural areas with the Family Farm Schools program which, today, involves 13 partner schools. The doubling of the workforce at IFERA, a training institute that issues the CAP in agriculture now welcomes two school years at the same time.

For the past 10 years, it has also supported small urban enterprises (500 in 2016) with its partner CIED, through the Support to Small Enterprises program. 2017 was marked by the move to a national level for the training/support offering for VSEs in Ivory Coast. In the frame of a service requested by the Ivorian authorities, more than 4,200 start up entrepreneurs were trained ; this action was followed in 2018 by a support activity for start-up entrepreneurs who benefit from a loan from the Ivorian State. Thanks to this project, and that of the training and support to small and medium agricultural enterprises program (MPEA), as well as the opening of a TRANSFORM center in a rural area, the Ivory Coast’s entrepreneurship sector is experiencing strong growth.

2016 was the year of the launch of the ″Seeds of Hope″ program which aims to train young people in electricity. In 2017, two new establishments were supported by the IECD in Ivory Coast in order to update their training in electrical engineering professions.

Finally, a study of the situation of sickle-cell disease in the Ivory Coast was carried out and should enable the Improvement of Sickle Cell Disease program to be undertaken.