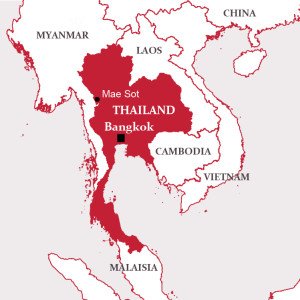 The IECD has been working in Thailand since 2004 with vocational training programs for young Karen people, firstly in rural careers then, from 2009, in Hospitality- Catering. The Thai tourism sector represents 10% of GDP and employs several million people. Paradoxically, the training offering in this sector remains limited and relatively inaccessible.

Therefore, in 2009, the IECD created the Hospitality School in Mae Sot, which really took off in 2011 with the development of training syllabuses, the creation of an application restaurant, the introduction of internships in companies and the construction of fruitful partnerships with many hotel groups, including AccorHotels and ONYX, allowing 100% of the young people who graduated in April 2018 to find a job after graduating.