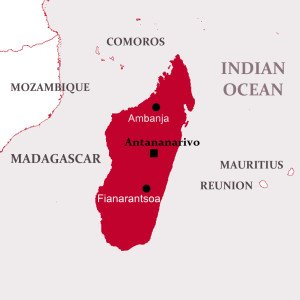 Madagascar is a beacon for IECD who have been implementing projects there since 1989.

Over time the IECD has developed innovative solutions to meet the needs identified in the areas of access to education for children in rural areas and in vocational and technical training for the youth. In 2013, IECD then started its programmes to support small enterprises in the outskirts of Antananarivo. The programme against sickle-cell disease was also branched out throughout the country during 2014.

Madagascar is the only country in the world where the standard of living has fallen since 1960. Three-quarters of its 25 million inhabitants live below the poverty line.

In the same way as many countries in the African continent, the Madagascan population is also seriously affected by Sickle Cell Disease. In 2018, thanks to the Sickle Cell Disease Program,1,600 people were treated, 3,150 were screened, 3,380 were informed and 91 healthcare professionals were trained.

That same year at the hospitality school “La Rizière” in Fianarantsoa, the focus was placed on strengthening the teaching skills of trainers, who were supported in the preparation of their lessons and the appropriation of more participative methods.