The 5 phases of the BRIDGES 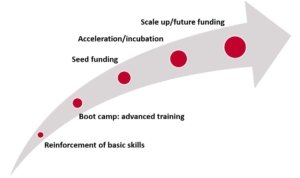 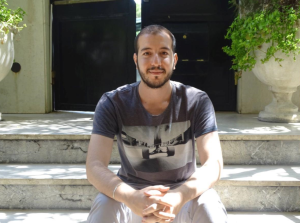 Presenting my project to the funding commission was an exceptional moment in my life!”

Beneficiary of the BRIDGES training in Syria.

SYRIA: Help young entrepreuneurs to create their own business (the BRIDGES program)

In a tense economic climate, the IECD encourages young people to create their own business. Set up since October 2016, the BRIDGES program (Building and Reinforcing Integration through Development of Guidance, Employment and Skills) aims to help young start-up entrepreneurs develop their entrepreneurial skills. It comprises three sections: training in the creation and management of an enterprise, the attribution of funds, and support in the project’s implementation.

Thus, Abd Alhadi dreams of helping children be able to study, after he himself was forced to leave school and work in order to meet his family’s needs after they had to leave Homs; Farah and Waeed are two friends who want to help young people with learning difficulties; Amjad wants to recycle old furniture to give to Syrian families who have lost everything, offering them the chance to enjoy a minimum of comfort at an affordable price. As for Ahmad, his project was to create a prototype of a wheelchair that could cross stairs on its own for people injured by the fighting. The war did not give him time to do it.

Since the launch of the BRIDGES program in Syria, 57 projects have benefited from funding after being presented to a jury and are now in their launch or deployment phase. The young prizewinners are being monitored by the IECD team. On the strength of its success, the BRIDGES program was launched in Aleppo in September 2017.